The Wonders of Nature: 5 places in Ravenna not to miss

The Wonders of Nature: 5 places in Ravenna not to miss

We are so used to envy remote tourist destinations that we don’t even realize that the place we live in can offer so many interesting possibilities.

Everyone knows Ravenna for the Byzantine mosaics in the churches of the city centre, a city rich in monuments and art. Few, though, know that the city not only boasts a 35 km-long coastline immersed in the green but also big natural areas made of forests and water mirrors.

Nature lovers may find their special paradise right in Ravenna and its surroundings.

The places of interest are innumerable, many of which are also integral parts of the Po Delta Park, acknowledged in 2015 by Unesco as a Biosphere Reserve.

If you love the outdoor life, here five places at a stone’s throw from the city centre, which are perfect if you want to enjoy a sunny day in good company or even alone, if you prefer.

THE SOUTHERN LAGOON OF COMACCHIO AND THE PENINSULA OF BOSCOFORTE 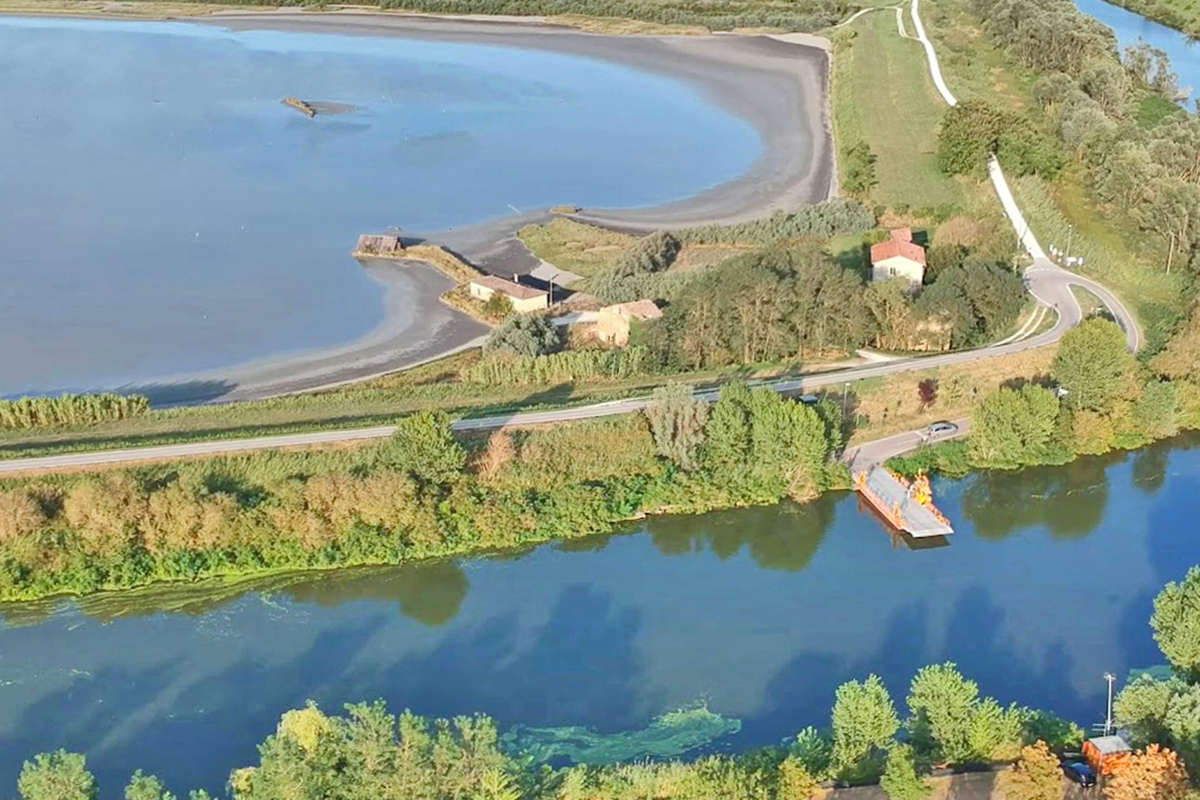 Just a few moments and you will definitely fall in love with the valleys of Comacchio.

Pass the town of Sant’Alberto (before, make sure to pop into the Museum NatuRA), and climb on the southern bank of the Reno river… as soon as you look up in the sky, it’s done! Your eyes will do the rest.

Known as the SOUTHERN VALLEYS OF COMACCHIO (or Furlana Valley), the landscape unfolding in front of you is the ideal place for a walk in the open air. You’ll hear the wind whispering, the birds singing, the reed beds swishing, the inebriating scent of flowers, and the warmth of the sun.

Flocks of birds of various species, including the beloved flamingos, dot the horizon, caressing the waters of the vast brackish lagoon. You will see spoonbills, terns, shelducks, black-winged stilts.

From here, you reach on foot or by bike the hut in Sant’Alberto, located on the valley’s edge, and from there visit the Peninsula of Boscoforte (booking is compulsory), or – if you prefer – you can reach the Oasis of Volta Scirocco, a very important ornithological station.

The OASIS OF PUNTE ALBERETE and the MANDRIOLE VALLEY are two sides of the same coin. They stem namely from the complicated water-related happenings of the Lamone River, which flows near the Pine Forest of San Vitale, dividing Marina Romea from Casalborsetti.

Punte Alberete is a vast flooded forest of great suggestion, one of the very few extant examples in southern Europe.

It is a 180-hectare freshwater wetland, and it alternates areas of hygrophilous wood and flooded meadow, which can be visited following a pedestrian loop trail. You will have so the chance to observe the typical flora and fauna of marshlands.

Mandriole Valley (also known as the Valley of Reed) is a freshwater valley characterized by water mirrors covered with thick rushes. A watchtower, on the border, makes it a privileged place for birdwatching and nature photography.

The area is crossed by the cycling itinerary of the Lamone River, which connects Marina Romea with the towns of Russi and Bagnacavallo.

THE PINE FOREST OF SAN VITALE AND PIALASSA DELLA BAIONA

The PINE FOREST OF SAN VITALE, stretching 10 km north of Ravenna, is one of the most important green lungs in the territory.

You can reach it easily: You just need to drive along state road 309 (Statale Romea) and follow the directions for Marina Romea. You have to turn into the wooden area, following the signs for the teaching centre “Ca’ Vecia”.

From there, a path to cover on foot, bike, or horse departs. There are so many opportunities. You can visit the characteristic church of “Madonna del Pino” (literally “of the Pine Virgin”), cross the bridges over Canal Fossatone, meet horses in the wild and, lastly, reach the lowlands, where herons, coots, and ducks spend their days.

If you cross the pine forest, you also reach PIALASSA DELLA BAIONA, a wetland of 1,100 hectares, which, seen from above, almost seems a chessboard made of water mirrors, fishing huts, humps, canals. It is a truly unique landscape.

Flanking the Pialassa along the banks of the canal, you’ll spot a varied avifauna. A loop itinerary will take you up to the area of Prato Barenicolo, a brackish meadow characterized by rich flora and fauna, which will astound you for its colours.

THE PINE FOREST OF CLASSE AND ITS TREASURES

South of Ravenna, the PINE FOREST OF CLASSE is the second green lung of the city. No less than 900 hectares is what remains of the original forest, which the Camaldolese monks managed to protect until the year 1000.

Ravenna considers it an institution, so much so that its tree, the stone pine, is even in the city’s coat of arms.

The many strips of habitats inside the pine forest are what is left of an environment that has almost completely disappeared and is difficult to find in any other part of the Adriatic coast.

This is another reason why getting lost here is so suggestive, just as Dante Alighieri would do during his exile in Ravenna (Purgatorio, Canto XXVIII «that forest-dense, alive with green, divine»).

The entries to the pine forest are many, but there are three I prefer, and all can be covered on foot or by bike.

The first itinerary departs from the town of Classe, from the namesake Basilica, just behind the museum Classis Ravenna. The second one departs from Parco 1° Maggio (in Fosso Ghiaia); whereas the third takes off from the Visitor Centre Cubo Magico Bevanella.

If you choose to depart from the visitor centre, along with your tour, you will see one of the coastal sites with the greatest environmental diversity in Emilia-Romagna: the OASES OF ORTAZZO AND ORTAZZINO and the BEVANO RIVER MOUTH.

THE DUNES OF RAVENNA

From North to South, part of the Ravenna coast is subject to a phenomenon of reshaping, due to the wind blowing and the sea wave movement that constantly change its aspect.

The strip of dunes that originates from this activity, dividing the sea from the pine forests, enhances the growth of very peculiar vegetation made of European searocket, Bermuda grass, and marram grass.

It’s such a pleasure to come here and have a walk. The sea breeze and the scent of the pine forest conquer anyone’s soul, and you will enjoy your stroll thanks to the recently built wooden walkways.

The most scenic dunes are on the border between Punta Marina Terme and Marina di Ravenna. The best-preserved ones, however, are in the beach between Marina Romea and Casalborsetti, and more south, near the mouth of the river Bevano, between Lido di Dante and Lido di Classe.

On a bike along the Lamone river