Lamone’s city, and Santerno’s, range
Under the lion of the snowy lair, 8
Inconstant partisan, that changeth sides,
Or ever summer yields to winter’s frost.
Dante Alighieri (Inferno, XXVII)

Faenza is an ancient city of art, which is traversed by the river Lamone and cut in two parts by the Via Aemilia. Despite its Roman roots, the city features strong Renessaince elements. Moreover, the urban fabric is dotted by some clear references of its old Baroque splendour, as well as of the burgeois elegance of liberty.

This small town of Romagna lies along the Via Emilia (today is known as Corso Mazzini and Corso Saffi); nonetheless, its name is famous beyond the Italian borders for its prestigious. It’s an art and craft tradition started during the Renessaince: the little local workshops have been creating unique pieces for more than five centuries. It is no surprise that the “maiolica” – the ceramics of Faenza – is called “faience” in most part of the globe, and that, right in this city, the MIC – International Museum of Ceramics – hosts the widest collection of the world dedicated to ceramics.

Time has gifted the people of Faenza with a precious artistic and architectural heritage, which visitors can admire strolling around the typical Roman orthogonal streets of the city centre. The neoclassical façades of the several noble palaces – Palazzo Conti, Palazzo Zanelli, Palazzo Gessi, Casa Morri, Casa Matteucci and Casa Pianipasi – enhance the whole landscape. The picturesque Piazza del Popolo and Piazza Della Libertà are not far away from these buildings and they represent the beating heart of the civic, religious and social life of the city.

Piazza del Popolo is enclosed within two elegant collonades. It hosts the Palazzo del Podestà and the Palazzo del Comune, which was home of the Manfredis, the noble family that ruled the city during the 14th century. Piazza Della Libertà is the seat of religious power, hosting the Faenza Cathedral, an imposing renaissance cathedral named after Saint Peter. Between the two piazzas stand out the monumental Baroque spring made of Istrian stone and bronze and the belfry Torre dell’Orologio, which are the two unquestioned symbols of the city since the 14th century.

MIC – International Museum of Ceramics in Faenza | Foto by ravenna24ore.it

The artistic splendour of the past makes Faenza still alive. Several initiatives, all resonating with local culture and tradition, liven up the city centre: the Nott de Bisò and the Palio del Niballo, which involve the five historic districts called “rioni”, are the most characteristic ones.

Other traditional events of the city are the Wam, the MEI and all the events linked to ceramics, such as the “Mondiali Tornianti” – the Potter’s Wheel World Competition, and the street market and exhibition Argilà. Last but not least are the creative incursions in the city centre by the artists of the collective Distretto A.

Here, as in the rest of Romagna, good cuisine makes your travel experience perfect. Have an “Aperitivo” or a dinner in a typical local “Osteria”, and then choose what to do next: you can dive in the culture going at the historical Masini Theatre, or you can go to one of the traditional cinemas of the centre that, despite fashions, attract people of all ages. Otherwise, you can choose to go to one of the several clubs of the city and let yourself be carried away by music, laughter and good company.

Beyond a tour across the over 50 craft workshops of the centre and 2 or 3 hours (and maybe it’s not enough) inside the MIC museum, you should absolutely visit the Carlo Zauli Museum, a homage to one of the greatest pottery sculptors of the 20th century. The museum hosts not only works by Zauli but also artworks of contemporary art.

We suggest you also a brief tour of the town art gallery and a guided tour through the frescoed rooms of Palazzo Milzetti, the seat of the National Museum of Neoclassicism of Romagna. The walls and ceilings of this patrician house of the 17th century are embellished with polychromes of mythological figures and amazing stucco decorations.

The Bucci Park, not far from the centre towards Bologna, is worth a visit: it is a natural beauty and the green lung of the city. If you have some time left, in the opposite direction, beyond the river Lamone, visit the small Church of the Commenda dating back to the 12th century.

Faenza’s beauty lies in the sweetness of its territory and in the rural peace of its rich countryside. Each of the nearby small towns (Brisighella, Casola Valsenio, Riolo Terme, Castel Bolognese e Solarolo) enshrine uncountable artistic and food and drink treasures, and they deserve all at least one visit over the year. The Adriatic Sea is not far away from these places and Tuscany is much closer than you can imagine. 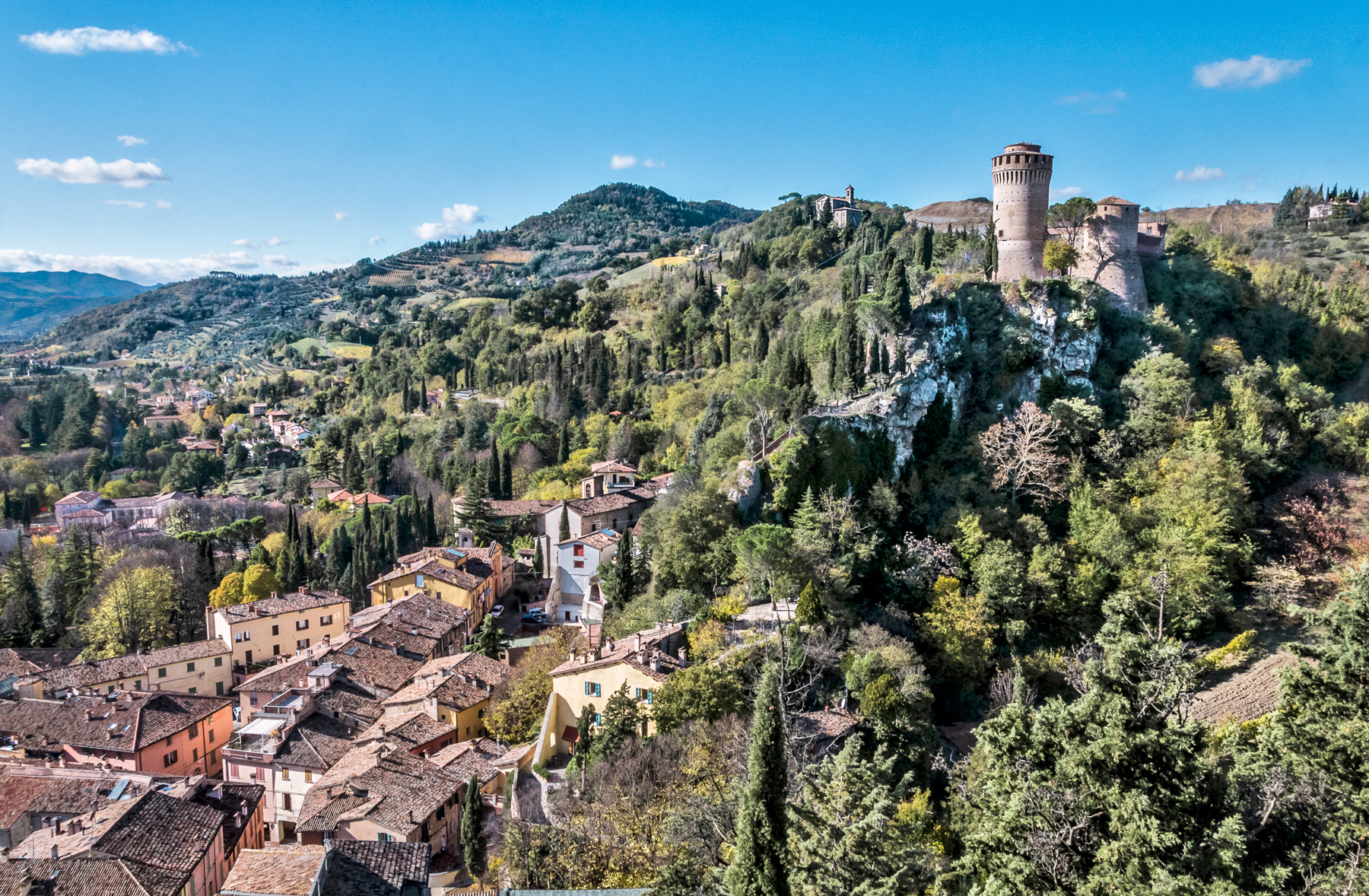 HOW TO GET TO FAENZA

Take A14 Bologna-Ancona – this motorway meets A1 Del Sole, A21 Torino-Piacenza, A22 del Brennero (www.autostrade.it) and E45. E45 crosses the Apennines and connects the Romagna region with Central Italy. Florence is connected with Russi also through the panoramic highway Strata Statale 302 that span the Tuscan-Romagnol Apennines.

The railway station of Faenza to all major Italian cities: www.trenitalia.it. Moreover, thanks to the historical road “Faentina” you can reach Firenze travelling on a suggestive railroad through the hills.

For more information: www.prolocofaenza.it
If you want to discover Faenza from an unusual and enchanting perspective: Pagina Facebook | Torre dell’Orologio